Early signs of pregnancy after giving birth? Being pregnant when you have a baby. 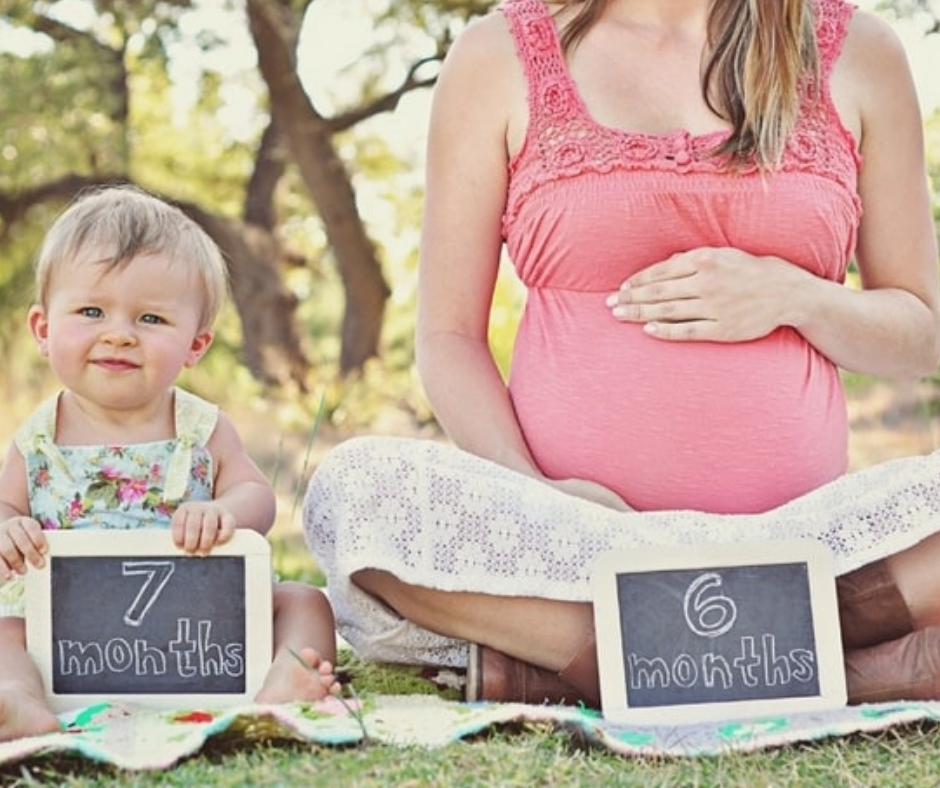 I gave birth to my first born back in late 2014 and by December 2014 I started experiencing  pregnancy symptoms. I couldn’t be. There was no way I was really experiencing early signs of pregnancy after giving birth. Not so soon surely? I didn’t think it was even possible to fall pregnant just weeks or maybe months, 2 at most, after having a baby. As it happens I knew very little about mother nature and it is indeed possible.

Those early signs of pregnancy after giving birth, yep,  that’s because I was indeed pregnant.

So it turns out you can getting pregnant not long after giving birth is possible. It is in fact possible to get pregnant before your first postpartum menstrual cycle. You can fall pregnant just a matter of weeks postpartum. Despite nursing my first period (and last period) made it’s return pretty sharpish post delivery. I was only spared some six weeks without it I do believe. So something else to be mindful of, breastfeeding is not birth control. Yes breastfeeding can suppress ovulation but it doesn’t stop your fertility. There is a reason the midwives ask you about birth control repeatedly in your follow up examinations – YOU NEED IT.

I found out I was circa 7 weeks pregnant with my second child when my first was just 4 months old. Still very much a baby herself. Still not sleeping, at all and still breastfed. There is now an 11 month age gap between my two children. My second born was two months premature and had he gone to term there would have been 13 months between them, still not a large age gap I grant you.

Being pregnant is great in so many ways. I enjoyed my first pregnancy, despite the sick and the tired. I was essentially able to eat what I wanted, when I wanted and sleep when I wanted. Something I haven’t been able to do ever since. I have not slept as much in my life as I did during those 8 months I was pregnant with my first. 8 months yes, my first born arrived a month ahead of schedule. I would come home from work and quite literally go to bed. There I would stay until I went to work the next morning. It was bliss.

Being pregnant when you already have a little one be it a baby, a toddler or pre-schooler that is a whole new ball game and that is tough.

I knew deep down that I pregnant about a month before I took a pregnancy test to confirm it. I think part of me was in denial.

I recognised the early signs of pregnancy after giving birth.

I was falling asleep on the sofa unable to keep my eyes open in the middle of the day. It wasn’t just newborn fatigue. It was that uncontrollable exhaustion that floors you. The type I have only ever felt during pregnancy. The type that basically forces you to shut your eyes, rendering it impossible to keep them open.

I felt nauseous. I was never actually sick with either of my pregnancies but I had waves of sickness that would last most of the day. I felt as though I could be sick at any moment yet knowing I wasn’t actually going to be sick. Having lived through this feeling some 12 months earlier it was recognisable, to say the least.

The thought of drinking my beloved coffee made me nauseous.

I had a glass of wine or two on Christmas day and I felt so sick afterward and couldn’t drink anymore. I knew something was up.

I had missed periods. I had had one postpartum period or bleed rather and nothing more.

It effected my breast milk supply and milk production or and I had sore nipples.

I remember all these pregnancy symptoms stacking up against me yet being in denial. Refusing to believe that it was possible to have another pregnancy after giving birth so recently. I didn’t want to take the test. Truth be told I didn’t want the confirmation. Living in denial was preferable.

I did eventually take the test. It was around New Years, maybe early January. I can remember it clear as anything. I remember being sat on the toilet with my hand shaking and my heart in my mouth. Even thinking about it now brings back that feeling, feeling almost short of breath.

I watched the lines fill vertically and confirm what I already knew. I was pregnant with my second child and I had a  four month old baby, probably not sleeping, in her cot in the next room.

I couldn’t avoid it any longer and took myself up to tell Mr Tammymum, who to my surprise took it remarkably well. Probably better than I did, actually.

I insisted on booking an early pregnancy scan for further confirmation that I was indeed pregnant and to find out just how pregnant I was. We later found out that baby number two was due on the 25th August 2015. His sister’s due date was the 27th August 2014. It was really happening.

It got physically harder.

The early signs of pregnancy were in someways easier to cope with. Physically being pregnant whilst having a baby became harder. Whilst I never had big baby bumps or never gained large amounts of weight, carrying a human in your body whilst carrying an actual human on it was tough.

I had to battle through a teething baby, whilst five and six months pregnant. A teething baby who, like all, moaned at the pain. Refused to be put down. Liked to be rocked. Constantly carrying a baby around was tiring not to mention physically hard around my swelling stomach.

Bending was getting harder. Lifting was forbidden.

It was the warm summer months, which are uncomfortable at best when pregnant. Trying to entertain, keep cool and placate an 8 month old is especially hard when the temperatures are rising.

Sleep was a big issue. I had no where near enough it. My first born still didn’t sleep any longer than 3 hour stretches and like any pregnant person or just person this was taking it’s toll. It did make the whole thing seem that bit harder.

The things I enjoyed about pregnancy the first time were not as prevalent the second time around.

I did experience pregnancy pains in my stomach with my second born that I never experienced the first time around. I don’t know if it was result of overdoing it or just coincidence.

In some ways this was harder than the physical aspect of pregnancy when you have not long given birth. Mentally I wasn’t prepared for another baby. I was still learning how to be a mother to my first.

I hid my pregnancy from people for a long time. I could get away with being ‘a bit fat’ or a having plausible post partum body if I wore the right thing until I was about 6 months pregnant.

I didn’t like the judgement that came with telling people you were pregnant – when you were holding your baby and boy was there judgement. ‘You’ll have your hands full’, ‘Are you insane?’, ‘I bet that wasn’t planned’, ‘You’ve got be mad’. Didn’t exactly fill me with the warm fuzzies. People would tell me their horror stories of their close age gaps and how ‘they didn’t enjoy motherhood’ because of it. Why anybody will ever think this is an appropriate thing to say to someone about to go through something similar is beyond me.

There were times when I would sit up at night trying desperately to get my baby to sleep, feeling so utterly worn down by life with a baby, pregnancy, peoples’ opinions and general life stresses that I felt like I was on a rollercoaster going 400mph hour that I just couldn’t get off. No matter how much I might want to.

‘This isn’t a situation you can do anything about now, you’re in it and no matter how huge or life changing this situation is you’re stuck with it like it or not’.

It’s what would go through my mind at 2 o’clock in the morning. As shameful as it might seem to admit.

Mentally I would beat myself up. It was a weird juxtaposition of horrendous guilt over not being sure this was what I wanted against unfettered joy at the thought of a tiny baby boy growing in my stomach. One I knew I loved unconditionally and would go to the ends of the earth for. One that I knew I couldn’t live without no matter how hard things might be.

Do I have any advice for those with the early signs of pregnancy after giving birth? For being pregnant when you already have a baby, a newborn at that?

As a general rule I don’t like to give out parenting advice, who am I to do so? That said if I could go back and tell myself a few things I would. 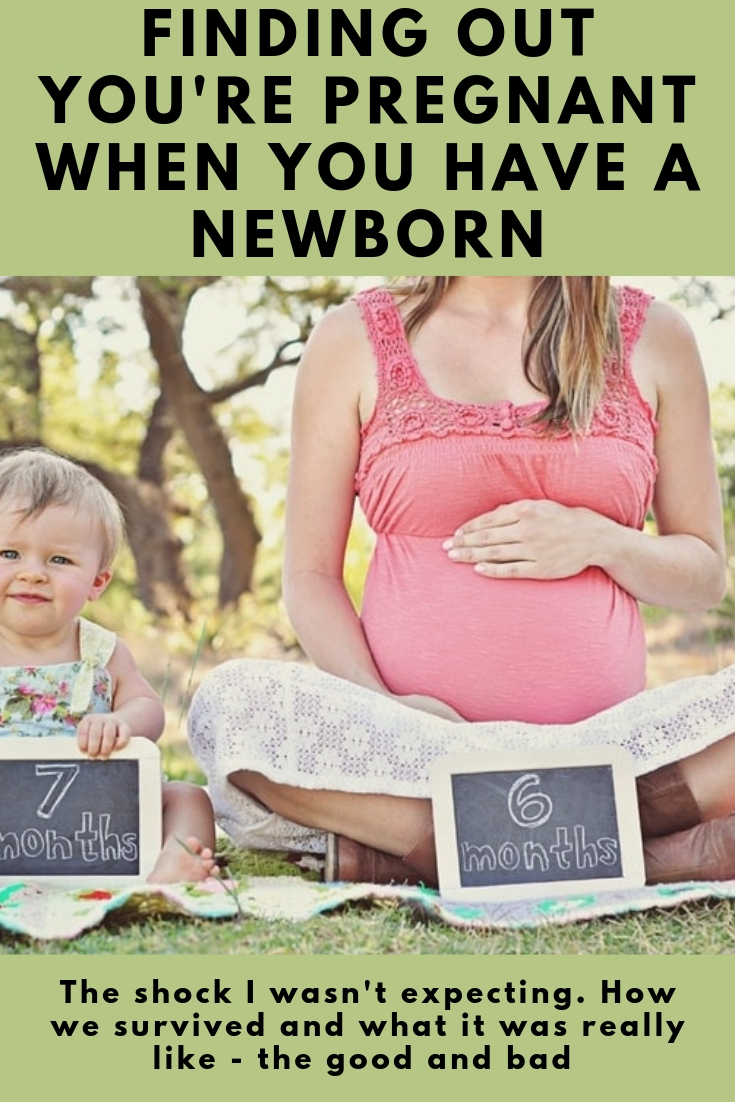 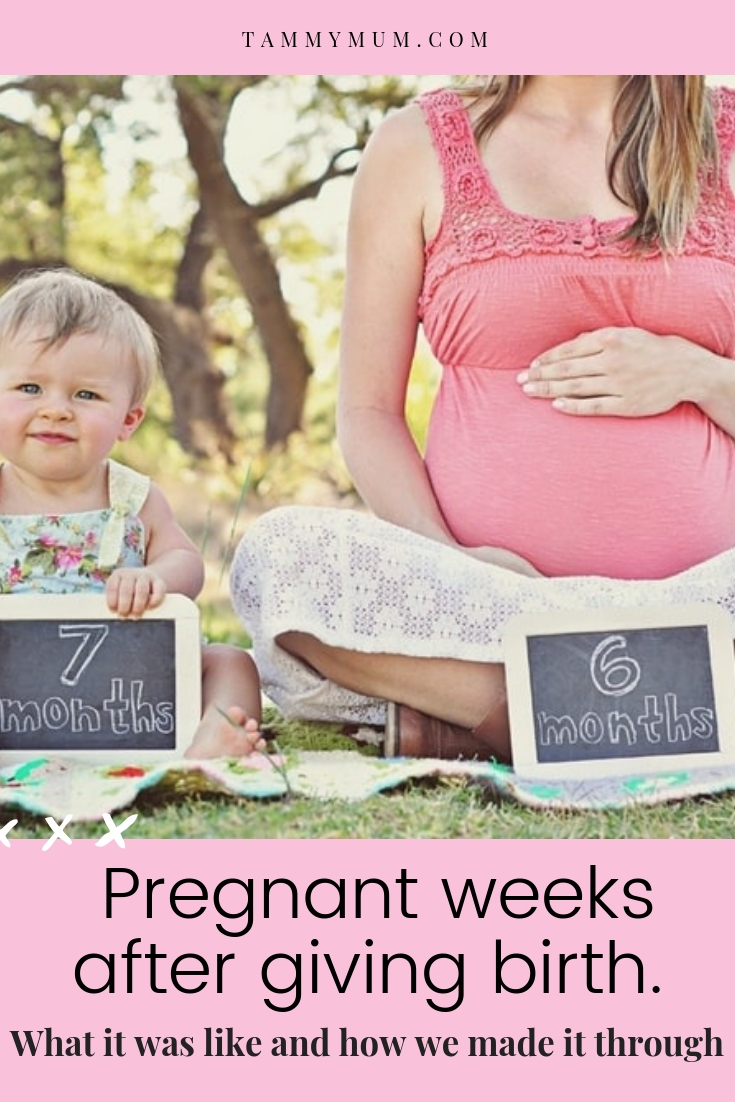 1 thought on “Early signs of pregnancy after giving birth? Being pregnant when you have a baby.” 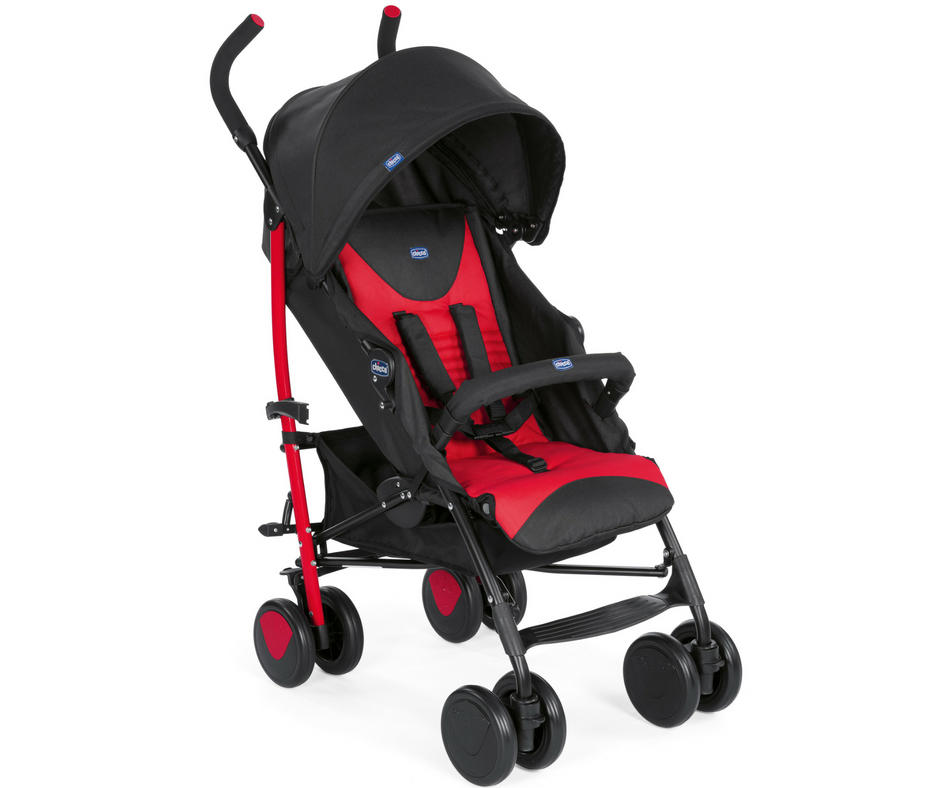 I kid you not in the 4 years I have been a mum I have had 7 pushchairs. Mr Tammy is less than impressed, to say the least. We did after all only have 2 […] 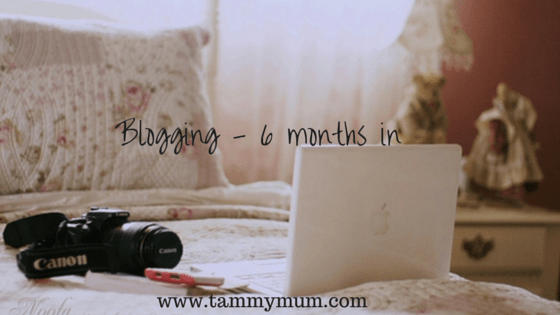 I’ve just passed my 6 month blogging anniversary and what an unexpected 6 months it’s been. My blog, like my children had quite an unexpected birth. It stands to reason therefore that I was just […] 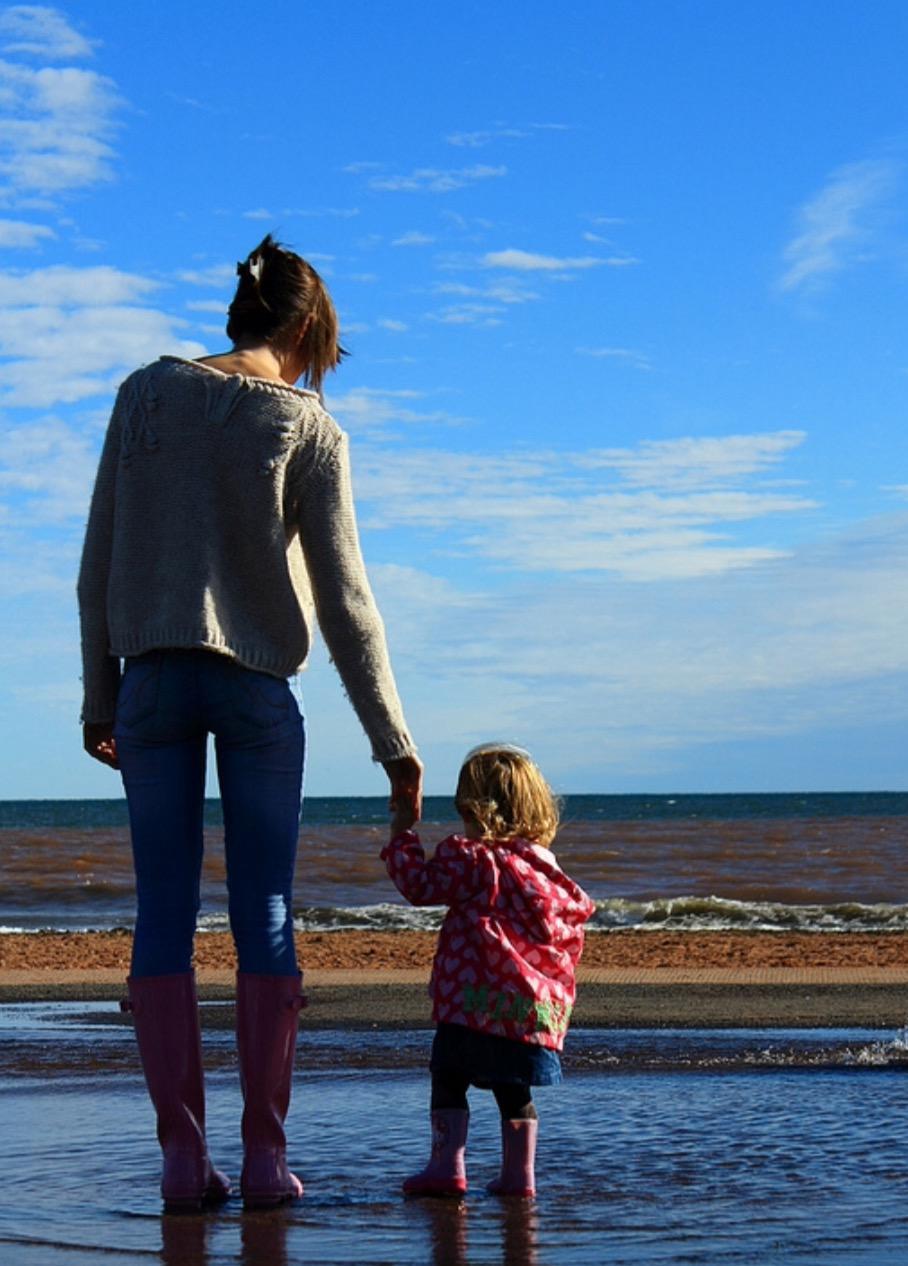 Do you remember last week? It was the week when it was over 30 degrees. I’m sure it hasn’t escaped you just yet, despite the cloudy skies and rainy days that have followed this week. Well […]